BTO flats in Bidadari estate to come at a premium

Largely due to the city-fringe location, ERA Realty Key Executive Officer Eugene Lim says the five-room flats in the Bidadari estate are expected to cost around S$600,000. A total of 2,150 new flats in Bidadari estate will soon be launched for sale under the HDB’s next Build-to-Order (BTO) exercise, expected by the end of September. The BTO flats will comprise two- to five-room units. 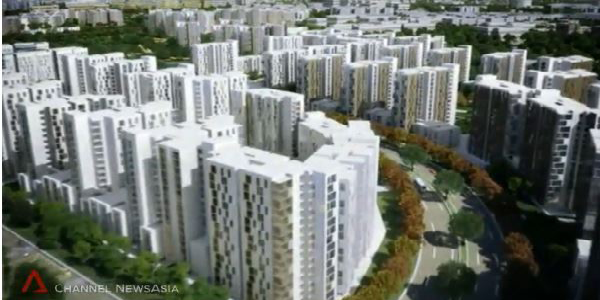 This will be the first batch of HDB flats on offer in the new estate and priority will be given to those whose parents live in Toa Payoh, Potong Pasir or within the 2km radius. The area, which was once a cemetery, will eventually house about 10,000 residential units in the new Bidadari estate, as well as community malls, a 10-hectare park and a lake. The estate will be served by two MRT stations - Woodleigh and Potong Pasir - on the North East Line.

According to property watchers, the Bidadari units will come at a premium, largely due to the city-fringe location.

Said ERA Realty's key executive officer Eugene Lim: “The nearest recent BTO in the vicinity was St George around the Boon Keng MRT station, which is just one stop away from Potong Pasir, where Bidadari is next to. 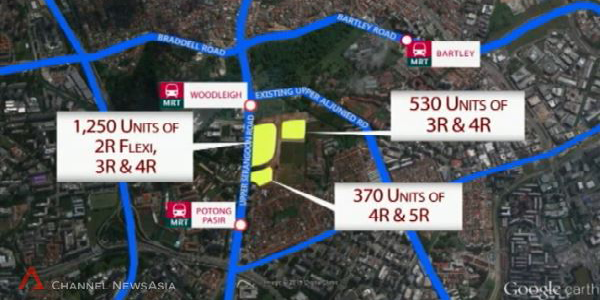 These flats will also be offered under the first BTO exercise launched after the income cap was raised to S$12,000. CEO of Century 21 Ku Swee Yong, said: “That gives us a fresh group of applicants who previously were not allowed to apply for BTOs. So on the demand side, the tap has been opened a little bit. If we were to draw the comparison with Bishan, which used to be a significantly-sized cemetery, Bishan currently has resale prices that are almost the top in Singapore."

The National Environment Agency (NEA) said the Mount Vernon Columbarium Complex, which comprises columbarium blocks with niches and funeral parlours, will be cleared to make way for the development of the Bidadari estate. The niches there will be re-located to two other Government-managed columbaria at Choa Chu Kang and Mandai.

NEA said it will make public announcements on the claim and registration process soon for the re-location of the niches. The funeral parlours will continue to be leased out until the re-location exercise of the niches is completed. Currently, the leases for the halls, run by Singapore Casket and Mount Vernon Sanctuary, will expire in December 2016 and March 2017 respectively. A new funeral parlour is also on the cards after the site is cleared. HDB said the new parlour will be well integrated with the surrounding landscape to minimise the visual impact on nearby residential buildings.